The aim of the project Photovoltaics - why not? has been to research why photovoltaics have not been adopted by more Swedish households. The project has had a user-centred perspective and is mainly based on two interview studies and a design phase.

The project has been divided into two parts. The first part was to build an understanding of the driving forces, lifestyles and concerns during their customer journey of those who already produce their own electricity. We have also decided to interview households that despite great conditions for producing solar electricity, not yet have taken it into consideration. With this as a foundation, the intention was initially to develop prototypes and models on easy-to-use, reliable and aesthetically pleasing products for micro generation. During the project, however, we came to redirect our focus.

Although many respondents (mainly from households that didn't use micro generation) expressed that they found PV panels somewhat ugly, it became obvious that this was not the most crucial barrier to a break-through for small- scale power generation. Instead, the project team decided to work more openly on the obstacles and drivers and by using design methods demonstrate how to make the incentives direct ways around the obstacles.

The result is four short films that we believe have greater potential to be spread, create interest, generate debate, be visible in media and accelerating the development of products, services and systems for renewable micro generation. The films are only in Swedish, but can be seen on the Swedish site .

Our main conclusion is that the barriers and drivers to invest in a PV system go beyond economic and rational reasoning. Instead, it is often more about feelings and security, and that a wider spread of micro generation still require subsidies. Today the price of electricity is so low in Sweden that the time to reach break-even for the investment easily exceeds the mental limit that most households seem to have (around 10 years). The subsidies don't need to be in the form of the investment grants available today. This contribution could sometimes even be a hindrance, since in many counties the funding money regularly runs out, creating uncertainty among prospect buyers.

The suppliers of necessary hardware and energy services that households approaches when they consider micro generation need, according to our results, become much better at creating offerings built on a truly positive customer experience. Today there is just too much hassle standing in the way, something that these companies should carefully deal with for their customers. Our recommendation is also that households that want to become electricity producers are treated in a more user-centred way by the electricity market. From a consumer perspective, net billing, or services that instead of the current "sell-and-buy" reformulates the relationship to the power grid to "rent a battery / storage" for your self-produced electricity, would enhance the sense of self-sufficiency which has proved to be a strong driver to invest in a PV system. Furthermore, challenging established norms are an important factor, both as obstacles and drive. The more households that install PV panels, the more accepted it would be, which will pave the way for more PV systems.

Policymakers and public authorities finally need to review the legislation surrounding the production and use of micro generation. The regulations should be better aligned for small power producers, and better capture the driving forces (such as self-sufficiency). Further, the authorities need to provide clearer and more long-term information about the rules and guidelines regarding installation and production of solar electricity. Households in our studies requested objective information from a reliable source. Basically they seek for confirmation that they are making a good investment, something PV systems are already today - even if it's hard to see.

The project have been funded by the Swedish Energy Agency, and No Picnic and Egen El have been partners in the project. 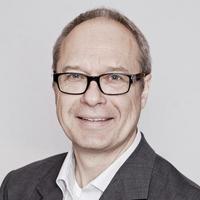 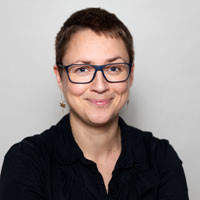